The recent furore surrounding Lucinda Chambers’ interview with Vestoj has caused such a stir in the fashion world it would be fair to say it almost broke the internet (not in a ridiculous Kim Karadashian way).  And with good reason. Not sure what the story is? The short version is Lucinda Chambers, former fashion editor at British Vogue got fired and told the world about it.

Lucinda Chambers’ spent some thirty-six years at British Vogue, twenty-five of those as fashion editor got straight to the point in her interview;

“A month and a half ago I was fired from Vogue. It took them three minutes to do it.”

When I first read the article I was taken aback at her honesty and not just about being fired. She spoke about the various aspects of the industry, advertising pressures, vulnerability and  selling things we don’t really need. Within a blink of an eye, the article published on Vestoj website was removed.  In the age of social media where everything is at our fingertips there were plenty of opportunities to see screenshots of the interview and people were scrambling for a view. With another blink of an eye and a note from the editor, the article reappeared.

Some might say there is nothing new in the article, that behind all of the glamour and retouching we have always suspected the ugliness that lies behind the fashion pages in magazines. And this is probably true, however I can’t help thinking that there is more to this than Lucinda Chambers telling us that she got fired. Her honesty is of course refreshing. I’m not sure I would be able to admit to anyone outside of my close circle that I got fired from a job but in her eyes that was the story so why not tell it? Why not talk about the anxiety and vulnerability that the fashion world inhabits? We all know it and in an odd way it was a relief to hear, from such a prominent person that what I thought all along was true.

But we all play a role in this story. Whether we work in the industry, read magazines or buy clothes.  Lucinda Chambers’ role has been very clear and in very simple terms I can’t help ask if it was all so terrible why did she stay so long in a world that made people question their own worth? As adults don’t we have to make choices and take responsibility for the environment we contribute to, the people we surround ourselves with, our body of work and the trends (if any) that we follow? With Lucinda Chambers’ talent I can’t help ask why did she not find another way to participate in the fashion world? Or is it too much to take on? Is this in fact her contribution, after all these years to tell this story?

In the midst of all the drama and many articles and opinions voiced on the matter, there is yet another note from the editor;

“EDITOR’S NOTE: Following the original publication of this article, we’ve been contacted by lawyers on behalf of Conde Nast Limited and Edward Enninful OBE and have been requested to amend the interview. This request has now been granted.”

I’m glad the article has been republished and that I got to read the original interview without the  airbrushing mentioned above and that in itself makes me wonder what difference this interview will make.

You can read the current version of Lucinda Chambers’ interview here.

BATHROOM // I absolutely love my new bathroom, possibly my favourite room of the house but I wouldn't say no to this one 🛀 . . #bathroom #bathroominspo #dreambathroom #interiordesign #housegoals #Repost @greenandmustard • • • • • • Let’s just go for it in bath of dreams. @artistresidence @littlegreenshed
LAST NIGHT // I love getting dressed up & going out equally as much as staying home in my pjs. Anyone else? Thankfully this weekend has seen both. Last night called for a black dress, textures & jewels & tonight pjs & Eleanor Oliphant. Hope everyone has had a good weekend. . . #lastnight #whatiwore #outout #newoldcoat #charityshopfinds #texture #glamrock #sundayvibes #grannystyle #pjs #eleanoroliphantiscompletelyfine #gailhoneyman #whstimreading
MIRROR MIRROR // I knew I had to have this mirror the moment I saw it & I wasn't wrong. It has turned my hallway into one of my favourite spaces in the house. Thanks Naomi from @findshop for having such great taste & knowing when to tempt me. . . #newoldhouse #mirrormirror #homeaccessories #homedecor #interiorstyle #artdeco
BLUE & GREEN SHOULD ALWAYS BE SEEN // On the eve of returning to work after 10 days off you'd think I'd be in bed getting my beauty sleep especially with a 6am start. Of course not 🤦🏻‍♀️ I wrote a blog post instead www.lovetomtom.com The above plant ensemble is just one of my achievements during my time off. I know these baskets are everywhere but I don't care. I love how it hugs the plant & the green against my blue walls makes my heart sing. Now I just need to keep it alive. . . #newpost #backtowork #holidaysareover #houseupdate #allmovedin #unpacking #interiordesign #houseplants #blueandgreen #lovetomtom #blogger #mama #dublin #melbourne
BUBBLES & SUNSET/ What an evening . . #sunset #pinkskies #bubbles #babylucille #toddlerfun #gogogo #dublin #discoverdublin #malahide #holidays
WHAT DAY IS IT // Hello world! Anyone else spent the past few days in haze of food, way too much sugar & not knowing what day it is? I hope everyone is as well as can be over the holiday period xo . . #holidayhaze #outofmypjs #helloworld #bathroomselfie #motd #shadesoforange #ineedahaircut #babylucille #toddler #cutiepie #winterwardrobe #lovetomtom #dublinblogger #melbournegirl #mama #newoldhouse 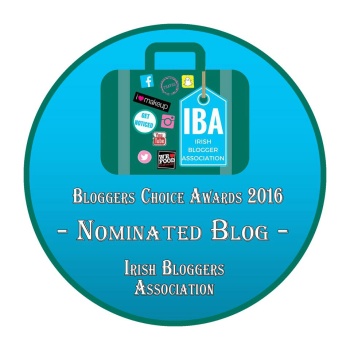